Jammin’ Country Fest is a two day concert featuring today’s favorite and yesterday’s legendary country artists. Artists from previous years include Big and Rich, Dierks Bentley, the Zac Brown Band and many others. This year Billy Currington and Neal McCoy are headlining! General admission grants you access to the front row!

Moondance Jam is celebrating its 21st year with the arrival of Kid Rock on the main stage. As if that wasn’t enough, Hart, Hinder and John Fogerty along with many others yet to be announced! This three day concert will be one for the ages.

Come celebrate our nation’s independence in Walker on July 4th. The fireworks display never disappoints and can be experienced from Walker bay or the city park. Truly one of the many highlights of summer.

The Ethnic Fest offers ethnic music, crafts and cuisine from around the world. Buy a button for your chance to win great prizes from around the area. The entertainment kicks off September 8th 2012.

Twin Cities Muskies Inc. puts on the world’s largest musky tournament each fall. It takes place on 21 designated lakes over 3 days. Take a look at what the top 10 anglers caught and where they caught them! Out of the 21 lakes fished in the tournament, 5 of the top 10 contestants caught their muskies on Leech Lake.

The Eelpout Festival is a one of a kind experience you won’t soon forget. The frozen Walker Bay is transformed into a community of elaborate fish house camps, each trying to outdo the rest. There are games and contests throughout the weekend culminating with a polar plunge! Proceeds go to the walker area community center. The event takes place mid February. Check out their hilarious feature on “The Tonight Show” by visiting the website.

Want to take the kid’s fishing? There’s no better species to fish. Rent a pontoon boat, pack a picnic, and fill up with yummy perch!

Of the 112,000 acre Leech Lake, Steamboat Bay is the first bay to lose its ice. The rising water temperatures are advancing the walleye life cycle. The recovery period is over, the Minnesota fishing season has just opened and the walleyes are “aggressive” on the east shore of Steamboat Bay. Experience the east shore for spring walleye fishing at its finest!

Leech Lake has been known for its fishing for many years, but the present and future are what’s more important– Minnesota’s DNR reports an increasing walleye population in the lake!

Come Experience the thrill of reeling a fish up through a hole in the ice!

Your fish house is 7′ by 14′ and features two bunks, six holes, propane heater, a kitchen stove, 12 volt lights. (Available with and without bunks.)

A note to winter guests: The on-site restaurant is not open in winter months except by prior arrangement. There are many good eats in the area, however, and we will gladly pass on our recommendations.

The background photo is an evening view of Leech Lake from the Resort. 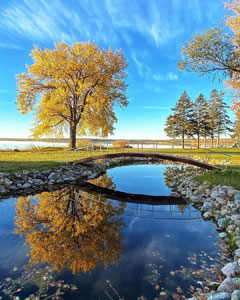 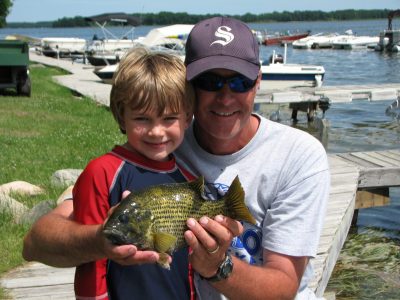 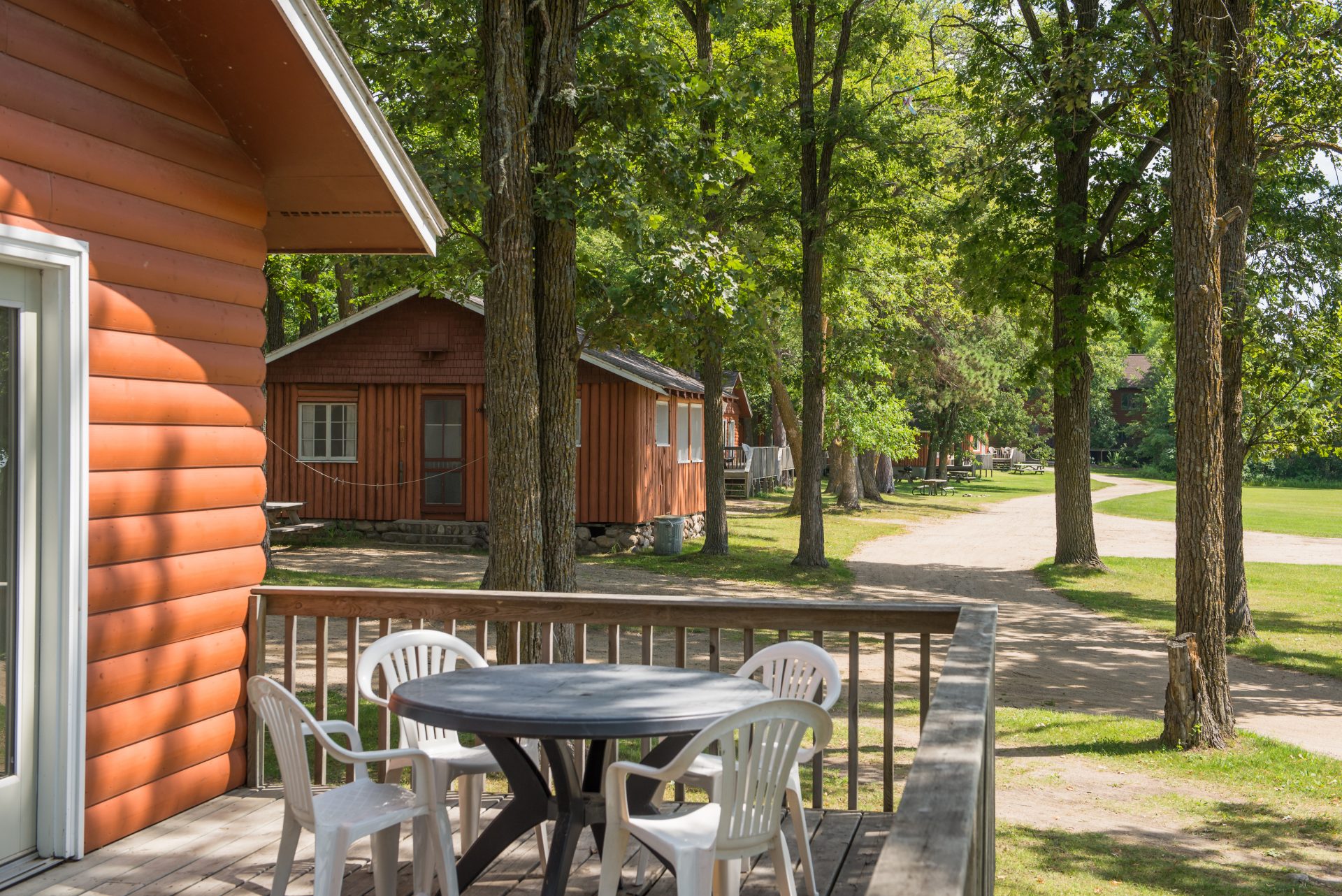 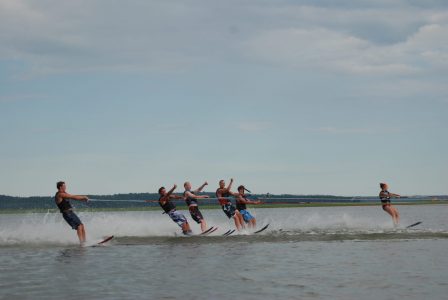 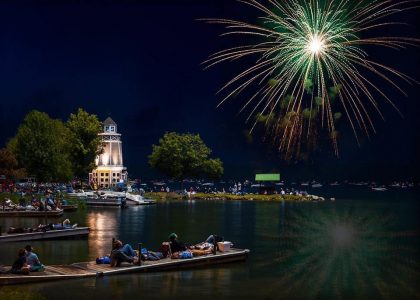 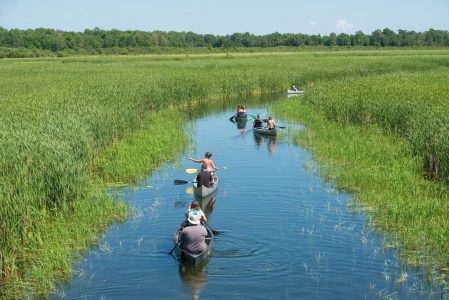 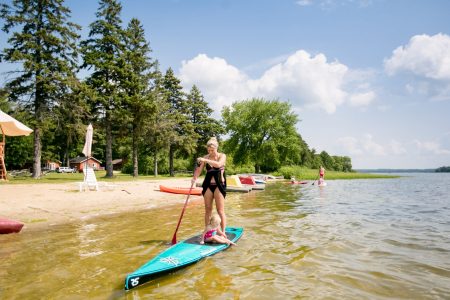 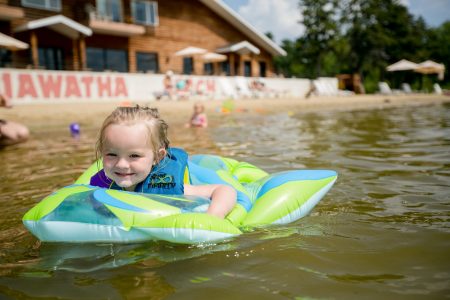 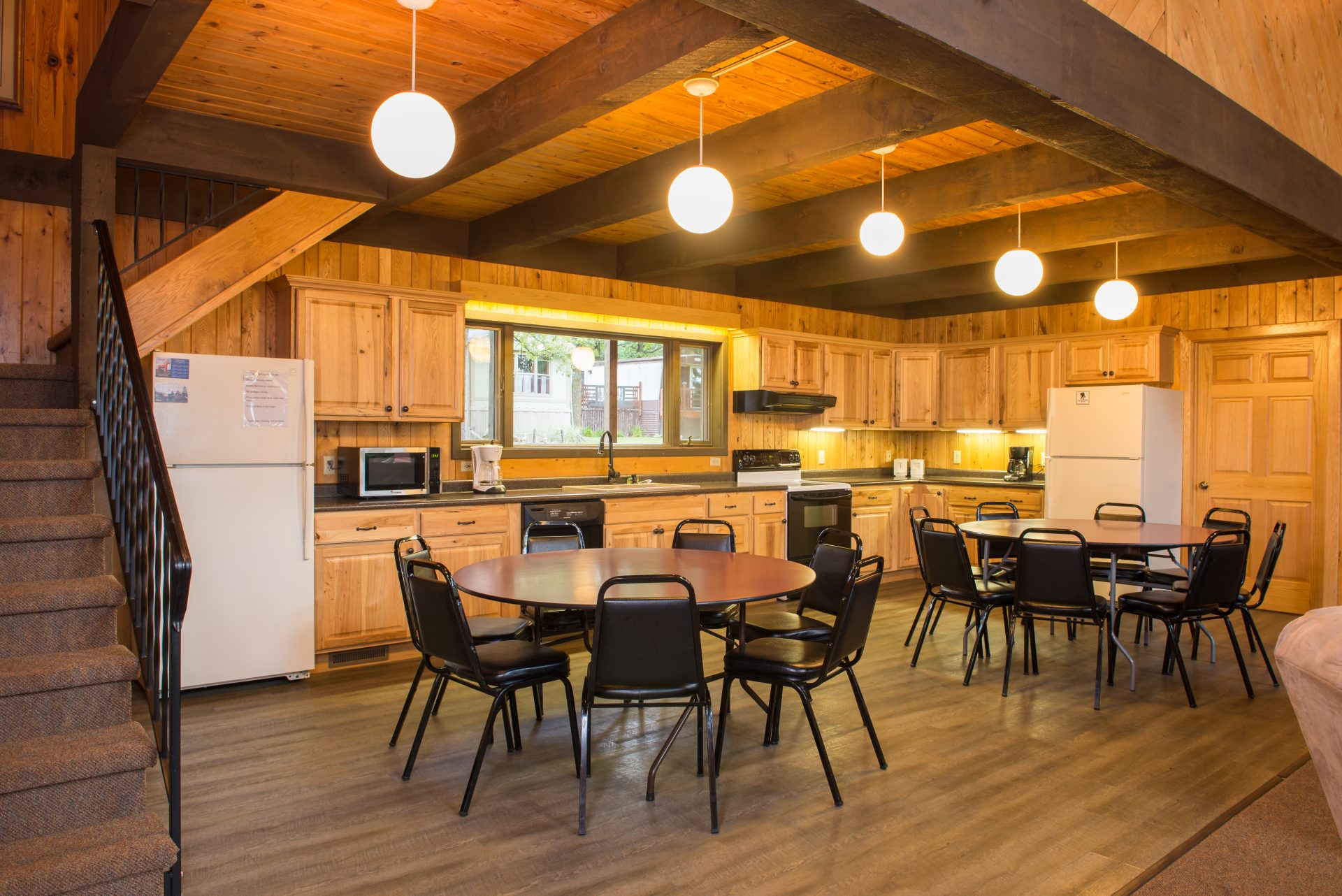 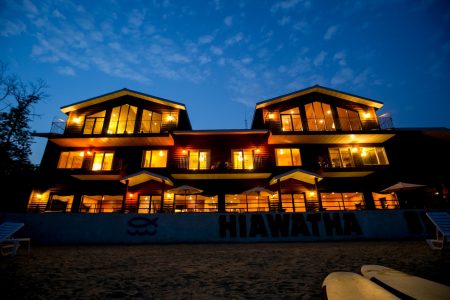 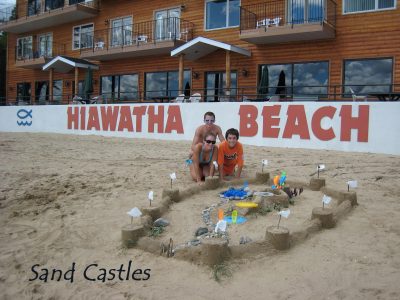 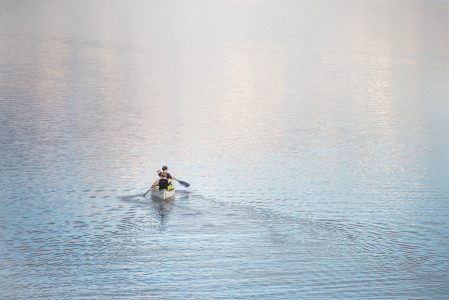 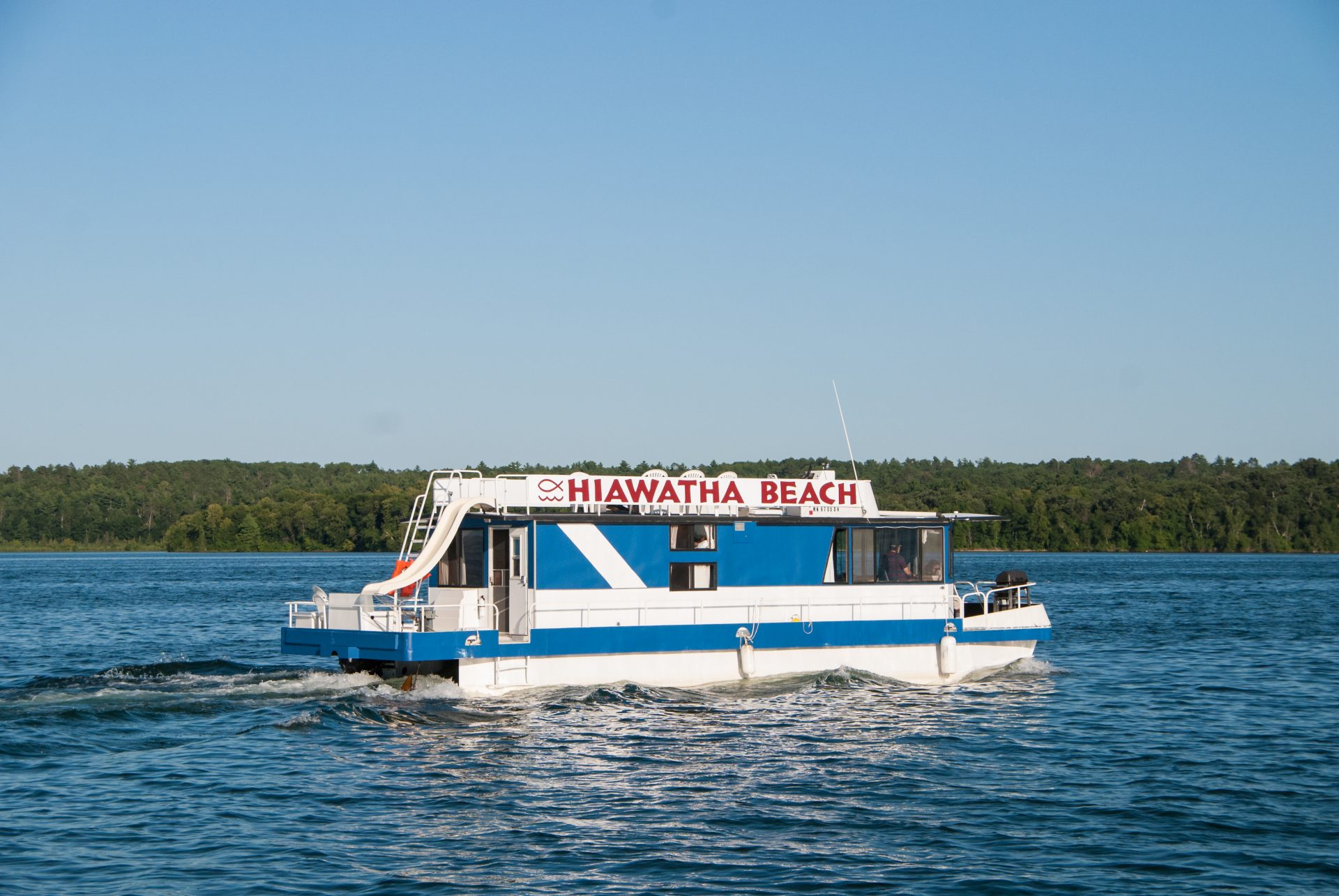